Nanoeconomy- Business of the XXI century We believe that it depends on our ethical and moral undertakings. In other words, the more ethical we behave in our business the better results we get. Is it really what happens?

In order to solve the above problem the book draws our attention to the relations existing among ourselves, business partners, customers or neighbors. At first glance everything looks fine. We may say that it has a good marketing presentation. What’s more important though is what lies behind our behaviours.
$ 11.00
Purchase book

Nanoeconomy- Business of the XXI century

Ethics and morality are created by our society. It is the society which establishes whether we are perceived positively or negatively. We will feel better if our behavior is the source of ethically perceived outcomes. The following example shall be an explanation.


Janusz has recently established a new partnership which deals with the distribution of farming machines. Since the enterprise is not easy and the competition is great he invited a few friends to co-operate. One of them was a friend’s friend who had great experience in similar business enterprises and was considered a solid investor on the local market . Due to this fact he was perceived by the rest of the partner as a solid foundation. One day Janusz was rang by a customer whom he’s done business with for a long time. The customer had a problem and didn’t really know how to solve it. He contacted Janusz out of the belief that he has great knowledge and experience. That’s why he phoned him and asked for advice. Janusz proposed a meeting and so they met. Having listened to the customer Janusz suggested that he would contact him again once he’s discussed the problem with his business partners. And this is what he did. The partners proposed help to the customer specifying their fee for their services and advice concerning the matter in question. Janusz was glad that they had found a solution. He called the customer and told him that they had found a solution and that this advice wouldn’t be too costly.  A few days later he consulted the case with yet another partner who was the greatest expert in the problematic matter. The partner confirmed that indeed the customer may be helped, however he asked Janusz to consider the maximum fee the customer could actually pay. The rate proposed by the last partner was three times greater than the one calculated by the rest of the partners.

During the shareholders’ meeting Janusz confirmed that the company needs to earn as much as possible. He also promised to calculate the maximum fee they can charge for the service as the company. Finally Janusz concluded that the most experienced partner is right and the highest rate would be the most appropriate. The thing is that the amount of the fee isn’t the problem. It is absolutely right.  We need to take a look at another aspect Janusz did not considered whatsoever. Why did he increase the charge for the services? Was it only for the sake of the company’s profit? No. What was more important for Janusz was how he as a president of the board would be perceived by his best partner- his guru and the remaining partners. Will he gain their esteem? How will he look in their eyes? What would his most experienced partner think about him? This is what business ethics and morality are all about.

Ethics is created by society. It is ethics that establishes whether we are perceived positively or negatively.  Ethics always embraces human aspect. Where there are human factor and approval of others there are ethics and morality which are built on the basis of social principles and beliefs. Whereas in one society some behavior may arouse disgust and even repugnance, in others it may be extolled. It means that our ethical and moral actions may be assessed correctly by our environment, however the question remains whether they decrease separation among us?

What can we do then besides helping others as much as we can?
Let’s take a look at our history, for instance fallen communism and kibbutz. They were doomed to failure from the start even though their intentions towards others were good and transparent. A person who decided to stay in kibbutz looked after the rest of the members and this was reciprocal. So what went wrong? Aren’t we supposed to help each other? Yes, we are. It is the only way allowing us to shorten the time between our plan and its final effect. So what’s the problem?

Let’s suppose that Radek went to kibbutz with an intention to help others. There are 40 people in the commune. Radek is to look after plants and vegetables and advise people on water purification. Radek is excellent at his job which he does conscientiously. After some time he learns that some people from the commune don’t discharge of their duties. Some of them are ill. Some of them cannot do their jobs full time. Others complain about their tasks more and more frequently. There are also those who do not dedicate their time to Radek as much as before. Radek used to get coachings on internal development three time a week. Now they happen only once a week or every fortnight. He can no longer keep it to himself and reconsiders the question why he should pay the contribution. Why should he dedicate his whole time to people who don’t appreciate it? It’s a matter of time before Radek leaves the kibbutz.

This type of behavior cannot persist, because it solely draws upon energy received for oneself. Even though the initial intentions are good, it’s the matter of time before the individual gets annoyed by something. It’s because the heart doesn’t only give. The heart takes in order to be able to give. The problem is that we often define such behavior as ethical and morally pure. It may , however contribute to negative effects we won’t be conscious of.  Why do we fail then if our intentions are good? Why did Radek burn out? It stems from our wrong belief (shaped by our society) that approval of others is our best reward.

Imagine that you received an order which you performed, but your boss didn’t give you any acknowledgment. Nothing, not even a word. No thank you. No acknowledgement. How do you feel? I don’t want to say that you ought not to receive such acknowledgement from your superior or client. I just want you to think about why you did something, why you behaved in this or that way.

So when do we decrease or remove the separation? Every time we act against our nature for the sake of others. Here lies the greatest paradox. This is something that we have been learning for centuries. We are convinced that if we help our friends or even an unknown person we score points above. But think about it for a moment. We may as well be helping out of fear of losing our job or acknowledgement of our superiors or friends. The problem is that we are unable to define what we are after. We cannot differentiate between egoistic and proactive behaviour.

Let’s suppose that a person wants to decrease separation in his/her business and make a success as fast as possible. Let’s do a quick test and see where the person generated the greatest  separation and  where the separation was narrowed to the minimum.

Imagine Magda having an appointment with a customer who has visited the company for the first time. Following the presentation of her product, she proceeds to details. She knows that the customer has capital. He is very much involved and excited about the presented product. Magda is convinced that he may already buy her product. All she has to do now is to complete the sale formally. What does she do:


Which scenario generated the greatest and the least separation? Professional sales people would say: Make hay while the sun shines. They’ll choose answer “1” or “2”. This, however, doesn’t’ answer the question which action facilitates the process of obtaining a positive final effect the most. In fact, it is option “3” that is the most desirable. It has to do with the level of difficulty which is the highest here.

Considering the remaining scenarios we would certainly face such questions as: The deal was almost done so why was she to wait? She may have sold the product but it would have been by way of reactive behavior which, as we’ve learnt, only increases the separation. Yes, she would have got a commission but how long would it suffice her? Financial problems would certainly reappear. Magda would have to sell another product in the same way.

Are we then to earn more or not? Yes, we are. We are supposed to earn as much as possible, however we need to do this in a way which decreases the separation between the cause and effect. The problem is that we don’t see the difference between the two. Because if we endeavor to earn a lot, our focus narrows down to
the technical issues and know-how which are mere final effects. We don’t think about the cause, the consciousness we have during these actions. We assess people’s intentions on the basis of what they do externally. We often disregard the unseen.

We frequently say: “I am not interested in what other people think about me”. But this is also egoistic. If I pay no attention to how others view me, it means I don’t care about them. There is only me and I only concentrate on myself.

This, in contrast to what I have described earlier, boils down to the fact that a person who thinks that she is not interested in what other people think about her has the same problem as the person who reacts towards what other people may think about her. If we asked this person if she would make a room in a queue when she doesn’t feel like it, she would certainly refuse to. It is because she doesn’t care about other people, what they may think about her. Therefore it may be said  that the situation controls her. She is unable to overcome herself for the sake of others. She is unable to do this just like the person who always seeks acknowledgement and approval. Both persons act then like robots. They have no idea that they are being controlled by external factors. They are unable to let go of their egoism. They believe that they make their own free choices.  Nothing more erroneous.

What we might like to consider then is our every day behavior, which externally may look moral and ethical, however its cause may result in adding atoms, time and chaos to our final effect.

Every time we say: “Why does it happen to me? Why me? What did I do to earn it?” it is as if we said: “I have nothing to do with that. I am not responsible for this. It must be a mistake that has no connection with me.”

If, instead we accept what happens to us, then we become the cause rather than the effect. Every time we don’t allow a situation to control us, we create our own future and we shorten the time to the minimum. 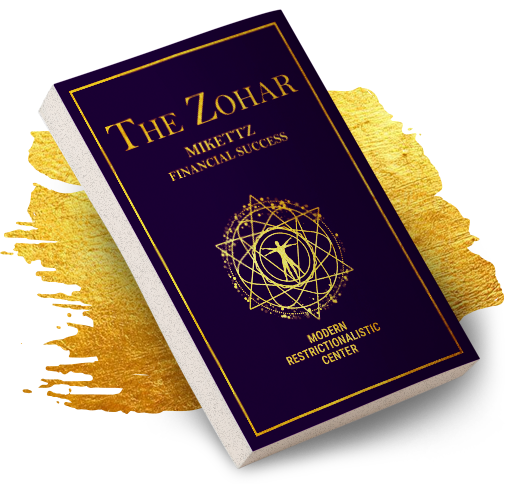